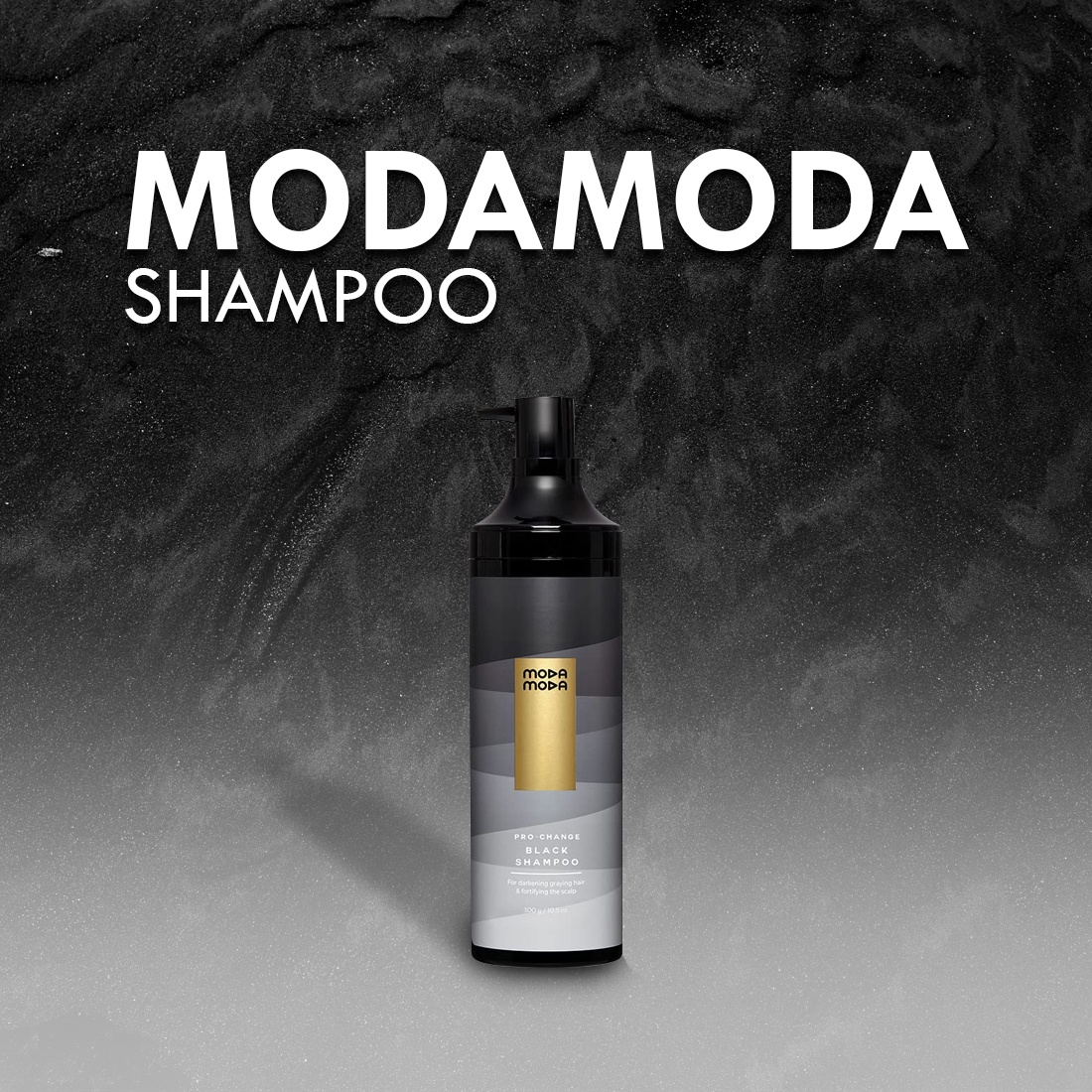 Lee Haeshin, a research scholar with excellent knowledge about chemistry and modern science, is behind the new and trending Modamoda Black Shampoo. He has written a research paper on the adhesion capacity of polyphenols and lysine present in Mussel. The same concept is used in Modamoda shampoo to darken hair permanently using nature's oxidation and natural polyphenols present in the Modamoda black shampoo.

Skin Irritation: Every packet of chemical hair dye asks us to do a patch test before applying hair color to your scalp. If sores, redness, itching occur on the skin, within 48 hours of trying the product on a small area of the skin, then we should avoid using the product. Have you ever wondered, even if it doesn't react immediately, can it cause damage later? What will happen on repeated applications? There are no detailed research on it. But practically, there have been many complaints about skin diseases after prolonged exposure to the chemicals in hair dye. On the other hand, Modamoda shampoo is a natural product that works on grey hair and slowly changes it into black without any side effects.

Conjunctivitis: Chemicals in the hair dye like ammonia, peroxide, and bleach are all potent and toxic. If not careful, they can reach sensitive areas like eyes and lips, posing a severe threat to the user. Redness, swelling, or pink eye are complications reported due to chemical hair dye. Prolonged exposure or severe damage can lead to serious eye disorders like vision problems. Modamoda Black Shampoo is mild, and it darkens grey hair naturally without allergy, skin diseases, or pigmentation. Just apply it to your hair, wait for three to five minutes and rinse it off. As days pass, your hair will turn darker, just like fruit peels and fruit slices becoming darker over time.

Allergy:  Apart from skin allergies, one should consider other common allergies before using a hair dye. You should check its ingredients. Some people are allergic to specific components, so check the ingredients list before applying it on your scalp, even if it is a natural product. Allergic reactions can range from inflammation of the scalp to severe rashes and itchiness all over the body. Modamoda Black Shampoo uses common ingredients like black sesame, mulberry, black cherry, black cumin, and black truffle. Most people are okay with these products, and they are not known to cause any allergies.

Hair Fall: Chemical hair colors available in the market trigger allergic dermatitis, which leads to uncontrollable hair fall. Moreover, when you color your hair in beauty salons, they comb your wet hair often while applying hair color- the already weak hair, along with the harmful chemicals in hair dye, increases hair fall. Many users have seen their hair fall stop once they stop using hair colors. But fortunately, Modamoda Shampoo doesn't have any such problems. They have mild ingredients that contain hair fall and prevent dandruff. Moreover, the black sesame and kalonji in Modamoda Black Shampoo prevent and reverse premature grey hair.

Skin Discoloration: Common problem associated with hair dying at home is skin discoloration. If you don't wear a glove or apply Vaseline under the hairline, dark-colored dye flow down or accidentally spills over your skin and changes its color. Though it may go away over time, it looks awkward when you go out. People with dry skin absorb the colors much more than others, so the skin under the hairline darkens. Modamoda shampoo doesn't drip or darken skin or face. But you should clean your nails well as it has similar properties to hair; it may change color after weeks. Just wash your hands under running water with a good soap or hand wash after using Modamoda black shampoo.

Dry Hair: The bleach and other chemicals in hair dye damage the hair follicles and make the hair weak and brittle. The recently launched black shampoo in Amazon called the Modamoda shampoo doesn't make hair dry as it is oil-based. The grey reducing shampoo is available globally, and the shipping is free. From the hands of a trusted chemist, the makers ensure to keep your scalp clean. The Modamoda black shampoo reverses hair color from grey to black by oxidation, just like browning fruits. Say no to dry hair by switching over to fast-selling Modamoda Shampoo. It keeps the scalp soft and moist and doesn't dry the hair like other dye or shampoo.

Asthma: People who use hair dye and the people who work in the salon are both affected by the chemicals in hair dye. Long-term exposure to persulfates in hair color increases asthma or sometimes induces severe asthma in people who have never had it before. It can also aggravate asthma to the extent of causing multiple organ failures. The Modamoda black shampoo doesn't have persulfates, and it is a safe grade hypoallergenic shampoo. You can use the grey hair reducing shampoo daily and towel dry or blow-dry your hair for optimal results. The new hair color shampoo is highly beneficial, and the manufacturers are selling it through the reliable eCommerce site Amazon.

PPD Induced Cancer: Chemicals induce cancer. Nowadays, people have started looking for organic food, shampoo, etc. When the scalp comes in contact with higher doses of PPD, it induces cancer. Though much research is not available about this, the point is still in debate. The Modamoda shampoo doesn't have any such problems, and you can use a little of it daily. The polyphenols in the hair darkening shampoo form a stain-like minor coating over the hair, which reacts with the atmospheric oxygen and then starts browning. Modamoda uses nature to darken hair color, and it stays permanently, unlike other chemical-based hair dyes, which go off after repeated washes.

Multiple Myeloma: Mutagenic and carcinogenic ingredients in permanent hair dyes cause bone marrow cancer. Mostly white people, especially males, are affected. In multiple Myeloma, the malignant plasma cells collect and accumulate together in the bone marrow. A survey suggests older people who had prolonged exposure to chemicals have bone marrow cancer. Hair dyes have constantly been the reason for many types of cancer. It's time to change to natural and hypoallergenic Modamoda black shampoo. The new hair dye shampoo reduces cancer risk by avoiding carcinogenic ingredients, and the Modamoda shampoo can color grey hair permanently, unlike other natural hair dyes.

Non-Hodgkins Lymphoma: Starting at the lymphatic system, Non-Hodgkins Lymphoma increases the lymphocytes in the body and results in abnormal tumors and lymph node enlargement. Epidemiologic studies suggest a close link between hair dye and Non-Hodgkins Lymphoma. So, it's best to throw away all chemical hair dyes and shampoo. Choose natural products like Modamoda black shampoo, which functions as a hair dye, hair fall remedy, and hair cleanser. You need not use many products, chemical after chemical, on your hair. The less the chemical you use, the more you are away from cancer.

Are you sure you want to cancel your subscription?

Before you cancel, please tell us why you want to cancel. Your feedback is important to us.